Inflammatory diseases affect an average of 1 in 25 people. According to WHO data, in 2012 only chronic respiratory diseases took the lives of 4 million people in the world. These diseases are mostly chronic and often life-threatening. So far approximately a hundred different autoimmune diseases have been identified.

Inflammation caused by the immune system protects the body against undesirable damage and initiates the healing process. Inflammatory diseases are a result of the body's excessive immune response to harmless antigens or damage to tissue caused by that response, as well as impaired production of pro- and anti-inflammatory agents. In its research, Celon Pharma focuses on selective inhibition of signalling pathways in cells of the immune system responsible for regulating the production of inflammatory mediators.

A family of JAK non-receptor tyrosine kinases regulates the transduction of signals from the cytokines and their receptors by activating STAT transcription factors and modulating STAT-dependent gene expression. Overactivation of the JAK/STAT pathway has been confirmed to occur in autoimmune diseases, where JAK kinanses are responsible for causing and maintaining inflammation. Developing a therapy based on JAK kinase inhibitors applies in many areas: oncology, by inhibiting excessive cell growth and proliferation (such as e.g. an JAK2 inhibitor in myeloproliferative syndromes and leukemias), immunology, by regulating the secretion of inflammatory cytokines (e.g. JAK1 inhibitor in chronic lung inflammation) and in transplantation due to an immunosuppressive effect (inhibition of JAK3 kinase). Inhibition of JAK kinases can therefore constitute treatment in a wide range of indications.

PI3K kinases are a family of lipid kinases which play a critical role in intracellular signal transduction. They take part in many cellular processes regulating the growth and proliferation of cells, their migration, as well as developing inflammatory cytokines. PI3Kδ kinase, which is part of this family, is subject to expression mainly in hematopoietic cells and is the key enzyme involved in the transmission of signals from B-cell receptor and chemokine receptors responsible for the activation, differentiation and migration of B-cells. The role of PI3Kδ kinase was confirmed to cause and maintena inflammation in conditions such as asthma, chronic obstructive pulmonary disease and rheumatoid arthritis, as well as other autoimmune diseases. 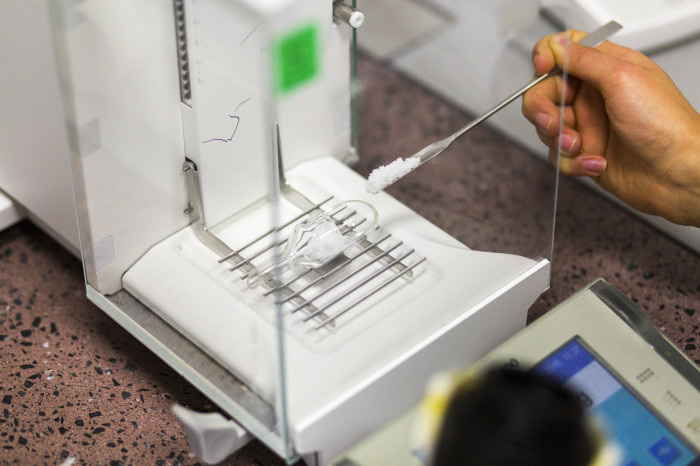